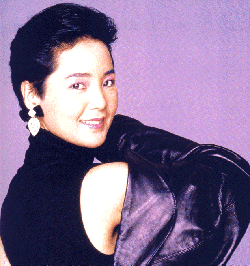 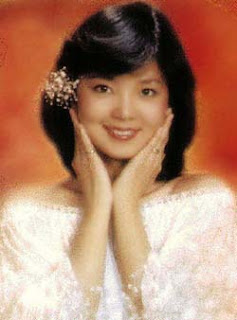 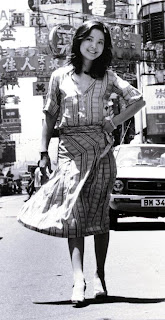 ['The Moon Represents My Heart' is one of the most recognisable tunes in the Chinese music world]
Of all the singers that I adore - and there are many East and West combined - nobody quite live up to the stature of Taiwanese songstress, Teresa Teng (Deng Lijun).
Immensely popular from the 1960s to 1990s among Chinese-speaking communities of the world, Teresa was famous for her peerless renditions of folk songs and romantic ballads.
In fact, she was so popular that her music was banned for several years in mainland China in the early 1980s for being too bourgeois. It was said that "by day, Deng Xiaoping rules China, by night, Deng Lijun rules."
I was introduced to the music of Teresa Teng in 1967 when I entered secondary school and made my first Chinese friends.
It didn't matter that I didn't speak a word of Mandarin or Cantonese; the first time I heard her sing I was completely smitten.
Her mellifluous voice had a sweet and innocent quality to it that I decided I wanted to learn to sing as many of her numbers as possible.

The very first song I attempted was "Wang Bu Liao Chu Lian Qing Ren" and I remember working very hard, with the help of my newfound Chinese classmates, to get the pronunciation and intonation right.
Born Deng Lijun in 1953 in Yulin County, Taiwan, Teresa started singing at a young age to help support her family.
As a child she won many awards at talent competitions that in time she quit high school to sing professionally. She cut many albums and eventually became a huge sensation, especially in East Asia.
Teresa also managed to break into the fiercely protective Japanese market, by signing with a Japan record label and taking part in Japan's year-round singing match of the most successful artists of that year, where she won the prize for "Best New Singing Star".
Teresa Teng died of complications after a severe asthma attack while on holiday in Chiangmai, Thailand, in 1995. She was only 42.
As recognition of her role as a music ambassador of her country, Teresa was given a state funeral at home in Taiwan and buried in a mountainside tomb outside Taipei.
She may have been gone for a good 13 years now but her songs continue to attract new fans from entirely new generations.
Faye Wong, China's iconic singer, songwriter, actress and model, once paid tribute to Teresa Teng with a cover compilation of her classic hits.

Taiwanese chanteuse Timi Zhuo, known for her superb renditions of Teresa Teng's songs, has been dubbed the latter's "second generation" singer because they both share similar voice and singing style.
For me, there is a degree of calmness and relaxation in listening to Teresa Teng. I can listen to her for hours, losing myself completely in the pleasurable simplicity of her voice and her melody. The lyrics may be alien but music is so universal that one can appreciate its beauty without having to understand anything at all.

i totally agree with you, Teresa teng was and is still is one of the best voice in asia, i am one of biggest fan too. her fans miss her dearly.

hi there emmanuel
I am glad we have one common interest - teresa teng. indeed she is simply unforgettable...